You’ll want to immediately mark your calendar for Saturday, May 30.

Eight Best Buy locations (participating stores listed below) across the country are hosting qualifying events for the upcoming Nintendo World Championships, which will take place on June 14 in Los Angeles.*

If you’re at least 13 years old and want to see if you are one of the best Nintendo gamers, just be one of the first 750 people to arrive at a participating store. Registration begins at 9 a.m., and the event runs from 10 a.m. to 7 p.m. The cap of 750 eligible contestants is decided on a first-come, first-served basis.

Registration forms will be available at participating stores and at http://www.bestbuy.com/nintendoworldchampionships (for printing prior to the event). If you’re under 18 (or under the legal age of majority in your state of residence), your parent or legal guardian will need to complete the registration form.

Find a store that’s near you, enter and maybe you will be crowned the next Nintendo World Champion.

*NO PURCHASE NECESSARY. Void where prohibited. Open to legal residents of 50 U.S./D.C. (excluding P.R.), 13+. Regional Qualifier Tournaments on 5/30/15 from 10am to 7pm local time at 8 participating Best Buy stores. Registration begins at 9am local time. Limited to first 750 eligible attendees to register (photo ID may be required). Minors (under 18 or age of majority in state of residence) must have parent/legal guardian complete registration form. One prize per event: A chance to compete in Nintendo World Championships 2015 in Los Angeles, CA on 6/14/15, travel and accommodations for 2, and $250 gift card. ARV $2,550. Odds of winning depend on number and skill of eligible participants. For participating stores, registration form and complete details, see official rules at [for Best Buy advertising and in store materials:  www.bestbuy.com/nintendoworldchampionships; for NOA advertising: e3.nintendo.com]. Sponsor: Nintendo of America Inc. 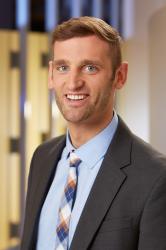