Mario’s not only a titan of the gaming industry but of world culture, too.

Created by the legendary Shigeru Miyamoto for the classic arcade game “Donkey Kong,” the
Plumber started as a carpenter named Jump Man before bringing the Nintendo Entertainment System (NES) into American living rooms in 1985.

Since then, Mario has done everything from golfing to making levels in “Super Mario Maker. Considering it’s National Mario Day (or #Mar10Day), we’re ranking the top five most memorable Mario games. You know, the ones still steeped with nostalgia. That make us believe we’re still stomping Goombas like it was just yesterday.

Note: for this ranking, the game needs to have Mario in the title, so no “Smash Brothers.”

5) “Super Mario RPG: Legend of the Seven Stars”
This partnership game with Square Soft displayed incredible 3D-rendered graphics for its time and put Mario in a genre he had never been before. “Mario RPG” (role-playing game) began to build personalities for these beloved characters, as well as new ones such as Geno. The game also featured Mario and Bowser teaming up – shocking at the time. “Super Mario RPG” is also unique in that it has never had a sequel. It did, however, lead to future RPG installments such as “Paper Mario.” 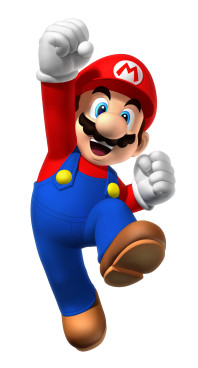 4) “Super Mario Galaxy”
“Super Mario Galaxy” was one of the most unexpected and unbelievable titles on the Wii. Space was one of the last frontiers for Mario. But the way that each mini-world had its own distinct feel and charm was incredible. The standard definition graphics even rivaled its HD competitors in beauty, and the gameplay was just as tight and rewarding. Watching Mario blast through space from one world to the next was something to behold. Its sequel perfected the formula. However, years later that first journey into space still holds a special place in gamer’s hearts.

3) “Mario Kart 64”
“Mario Kart 64” is a favorite of the Mario sports franchises and it has stood the test of time with great courses and simply fun gameplay. Who doesn’t love the balloon battle mode? This and “Goldeneye” really made the N64 the multiplayer console of choice for a stretch in the 1990s. Levels such as Bowser’s Castle and Sherbet Land are all-time classics that have triumphantly returned in later entries. This game was a dorm room classic and hopefully will be played for years to come.

2) “Super Mario 64”
“Super Mario 64” changed what people believed was possible in games. It brought a living, breathing 3D world to life as it had never been before. Seeing a console game rendered this well left a lasting impression on a generation of gamers. Gamers will always remember the first time they soared into the air with the flying cap or when a fanged piano came to life, searing nightmares into them. And let’s be serious – collecting 120 stars really was a badge of honor.

1) “Super Mario Bros”
“Super Mario Bros” was the game that launched the NES into prominence, turning Mario into a worldwide icon. The industry was so new at the time. Therefore, even things we take for granted, such underwater levels and power-ups, were groundbreaking at the time. “Super Mario Brothers”  included future enemy staples such as Koopa Troopas, Goombas, and Piranha Plants. And they would become staples of gaming culture. The final battle with King Koopa, and saving the princess was the epic conclusion the first console outing deserved.

Did we miss including your favorite Mario game? Tweet @BBYNews and let us know.