He enjoys capturing flowers, landscapes and people, and he visits his nearby Best Buy store for its monthly photography workshops. In fact, store employees can’t recall him missing a session.

Those employees see John David as more than a customer. They see him as a friend.

Raul and the store’s digital imaging experts knew that John David was using a camera from 2007 and has wanted to upgrade to a newer model for years. So they decided to help.

“We wanted to get him something for Christmas” Raul said. “Every day, the digital imaging team checked if there were new promotions on the camera he wanted.”

Leaders at the store and throughout the company heard about the effort and got Canon, John David’s favorite camera brand, to donate a new Canon EOS 80D DSLR camera to surprise John David with.

“I was so happy,” Raul said. “The camera was even better than the one he wanted.”

The store organized a surprise event for John David, and the general manager gave his mother, Alma Flores, a heads up on what they had planned.

“He had been saving up for a camera for Christmas. And, you know, things are expensive,” Alma said. “When I got the news, I was amazed.”

She brought John David to the store, and employees invited them to the break room.

“I thought we were just going to look around,” John David said. “They said ‘We have a big surprise for you.’”

Then he opened the box wrapped in Best Buy blue paper to reveal the camera.

“I was really in shock,” John David said. “I didn’t know what to expect. I wanted to cry.”

The surprise wasn’t just a gift for John David.

“This is why I like working for Best Buy. Stories like this inspire others,” Raul said. “By doing this, I hope we inspire everybody else to do the same.”

With a new camera in hand, John David has one thing on his mind.

“Now I need to learn the different features,” he said. 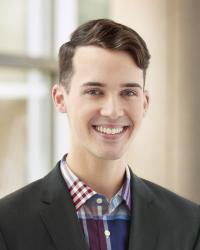