The nursery that Keegan Shoutz and his husband, Paul Schroepfer, decorated sat empty for a year.

They had a crib, a changing table and a rocking chair — but no baby. Still, they were hopeful that the adoption journey they began in 2016 would lead them to the family they desperately wanted.

“I had a ton of great memories from my childhood, like camping and horseback riding. I just really wanted to create a new set of memories like this with my own family,” Paul said.

Keegan, who works on Best Buy’s corporate communications team, was a little more reserved at first. He never thought he’d get married, let alone become a dad, because when he and Paul met in 2010 gay marriage wasn’t even legal in their home state of Minnesota. That all changed when the state legalized gay marriage in 2013, which was followed by a 2015 decision from the U.S. Supreme Court that struck down all state bans on same-sex marriages.

Paul and Keegan married a year after the Supreme Court’s decision, and their vision of the future they wanted started to come into focus.

“For most of my life, I didn’t even think having a child of my own was a possibility. Once Paul and I were able to get married, it opened my eyes to all the possibilities our future held,” Keegan said. “When the roadblocks were gone, we didn’t even have a big conversation about it. We just knew we wanted to grow our family, and adoption was how we wanted to do it.”

Three years after starting the adoption process, Paul and Keegan welcomed a baby girl, Poppy, in the summer of 2019. Although she was five weeks early, Poppy arrived healthy and happy.

Giving them a little extra peace of mind was Best Buy’s new adoption assistance benefit, which provides employees with up to $14,080 in adoption expense reimbursement. Keegan and Paul are believed to be the first same-sex couple to use the benefit.

Best Buy ranked No. 29 on the Dave Thomas Foundation for Adoption’s 2019 list of the 100 Best Adoption-Friendly Workplaces. The list compares financial reimbursement and paid leave offered to employees who adopt, based on a survey of organizations across the U.S.

In addition to the adoption benefit, Best Buy also recently launched a surrogacy benefit, which provides the same amount of financial assistance to families who choose to grow their families in that way. New parents through adoption and surrogacy are further supported by Best Buy with the ability to get four weeks of Paid Caregiver Leave, in tandem with 12 weeks of time off granted under the Family and Medical Leave Act, to help families bond during their first year together.

“For a long time, we kept waking up and saying, ‘Yep, she’s still there. It’s not a dream.’ Sometimes it doesn’t feel real, but this is us,” Keegan said. “I’m so thankful for Best Buy’s support, not just financially but for acknowledging those of us building our families through adoption.” 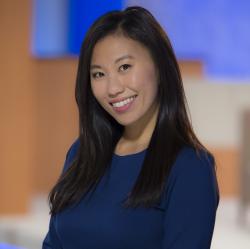