Fortune magazine announced on Monday that Best Buy CEO Corie Barry made its list of the Most Powerful Women in Business. She is No. 18 on the prestigious ranking.

It’s Corie’s first time on the annual list, which looks at a business’ size, its importance in the global economy and its health and direction. Also considered are career arc and social and cultural influence. Only 50 women in the United States were selected, and Corie is the youngest.

Corie became CEO in June, and she’s one of the youngest women to hold the role among Fortune 500 companies. Before that she was the company’s chief financial and strategic growth officer, playing a major part in the company’s turnaround and growth strategies. She joined Best Buy in 1999 and has held a variety of financial and operational roles, both in the field and at the corporate office.

This is the 22nd year of the Fortune Most Powerful Women in Business list. 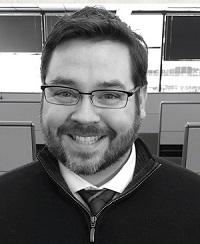