This time of year, it’s the big-name holidays that get all the attention. But we can’t forget about a less-heralded day that’s important: Computer Security Day.

You didn’t know Nov. 30 is Computer Security Day? Then you also might not know the key steps you should take to secure your devices. We talked with Geek Squad Agent Derek Meister to learn more.

Here are his top five tips.

Regardless of whether it’s a computer, smart phone, tablet or home security camera, keep your systems updated, Derek says.

That means once you take that new router or camera out of the box, you should check for upgrades.

“A common issue is outdated firmware,” he says. “Read the instructions on updates not just for security, but also for bug fixes, performance updates, anything the manufacturer might have put in since the item was boxed and put on the shelf. In most cases, it’s pretty painless.”

You should also go through and change any default settings for anything that connects to the internet.

“Usually when you hear about problems with cameras getting hacked, it’s because they were shipped with a default user name and password and people didn’t change them,” Derek says. “Always check the default settings and customize them for your needs and make sure you’re not using the default password.”

You’ve heard it before, but it never hurts to hear it again: Use a variety of strong passwords, and change them regularly.

“Don’t use the same passwords for your router as you do for your bank,” Derek says. “If someone gets access to that password, you don’t want them to try using it on all your other accounts, including your home devices.”

He recommends using a password management service, such as Lastpass or Dashlane.

Not backing up data is probably the thing people miss most when it comes to computer security, Derek says.

“A lot of people know to get an antivirus program, they know to be safe on the internet, but they routinely come in with no backups on their data,” he says.

Derek suggests having a backup regimen, in which you regularly transfer your important data and photos to either an online backup service, like iCloud or Dropbox, or to a hard drive—or both, for maximum security.

When it comes to computers and smart devices, Derek urges you to have a plan and stick to it.

“In other words, every time you get a new device, you’re checking for updates, you’re putting internet security on it, and you’re regularly backing it up,” he says. “And if there’s something you’re not sure about or don’t understand, Geek Squad is there for you wherever and whenever you need us.”

Geek Squad Agents are always ready to help, whether it’s in stores, online, by phone or in your home. Contact an Agent online or stop by your local Best Buy store. 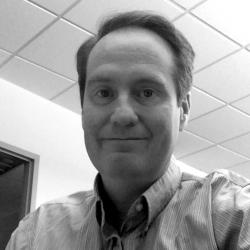