At first, Daniel Guilmain Jr. began growing his hair out just because he wanted to.

Then he learned about a charity that raised money and support for kids with cancer. Participants shave their heads, as a sign of solidarity with the children, and ask people to contribute money for doing so.

Daniel had relatives who lost their lives to cancer, so the cause resonated with him.

Over the course of 10 months, he grew his hair out more than 5 inches. Then, this summer, the Best Buy employee from Danvers, Massachusetts, shaved it all off.

Daniel hopes his act of giving will have a ripple effect.

“Through this experience, I learned that about the community that surrounds me in my workplace,” he said. “Maybe groups at other stores will be inspired to do the same. It’s a great cause.”

“Employees were asking what happened as it was such a drastic change in appearance,” Jeffrey said.

Daniel has given back to the community before by donating blood and participating in food drives, but nothing similar to shaving his head.

Will he do it again?

“Absolutely! I plan on making this a yearly endeavor,” he said. “However, I don’t plan on growing it out that long.” 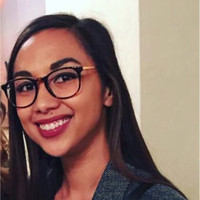