In the days after the killing of George Floyd, Ron Johnson wrestled with emotions he had long suppressed. He was angry, scared and sad.

The Best Buy videographer reflected back on times in his own life when he, like far too many of his fellow Black Americans, had experienced the ugliness of racism and social injustice.

Ron decided to process his feelings through his art, creating a documentary called “Notes from My Skin.” It’s a collection of raw, personal stories from Black employees at Best Buy.

The film addresses police brutality, systemic racism and the trauma Black people hold from witnessing the killings that all too frequently occur. Through first-hand accounts, the film explores how these pivotal moments have shaped who they are today.

“I made this film to shed light on painful experiences Black people are repeatedly subjected to,” Ron said. “I truly hope the film will inspire empathy and spark important conversations about race in our communities.”

In “Notes from My Skin,” Ron reflected on his own intimate experience with racism, including a time when, as a young boy, he was chased down a sidewalk by a pickup truck full of white teenagers and called the N-word. Other employees shared their own stories of racist experiences, often as children and sometimes even within their own families.

The film also offers commentary on how we can move forward as a community — from doing research on these issues yourself to stepping outside of your cultural comfort zone to explore unfamiliar spaces.

On May 31, a tanker truck driver recklessly drove through a crowd of protestors on a stretch of Interstate 35W in Minneapolis that had been shut down to traffic. Ron was in the crowd, filming the protests, when it happened.

It was a terrifying moment, even for the veteran photojournalist who had previously been front and center for other frightening events, from an active bank robbery to standoffs involving gunfire. Before joining Best Buy in 2014, Ron spent 15 years covering news for TV stations in several markets across the country.

Ron learned that no one was killed on the bridge, but it was too late. After that day, he started having panic attacks.

“It felt like my brain and body were preparing to die. I couldn’t breathe. I lost speech. I just felt scared all the time,” he recalled.

In addition to seeking therapy, Ron channeled his complicated feelings into “Notes from My Skin.”

“I needed an outlet for the trauma, anger and grief I’ve been carrying for so long,” Ron said. “Several of my Black colleagues were willing to share their truths as well, and I’m humbled by their vulnerability.”

As a company, Best Buy has committed to doing better and making systemic, permanent changes that address social injustices to improve our company and our communities. Late last year we announced commitments we were making as a company to address underrepresentation in our workforce and within future talent.

“Notes from My Skin” will also be used as a training exercise for Best Buy employees across the country.

Please take the time to watch the video and engage with educational resources to better understand social injustice and systemic racism.

Becca Johnson contributed to this article. 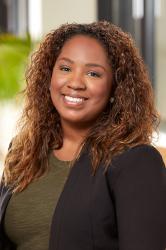 For World Backup Day, 5 Tips to Protect Your Data