Every year on the Fourth of July, Americans across the country “ooh” and “ahh” over colorful fireworks displays while taking pictures to share with friends and family.

And every year you snap photos, too, hoping it will be the year you finally capture that perfect image.

But hope diminishes when you review your album and find dozens of lousy photos… again.

We’ve all been there, but it doesn’t have to be this way. It is possible to capture those share-worthy shots to show off to friends and family whether you’re taking photos with your smartphone or DSLR camera. Best Buy Blue Shirt Rick Avelar, a camera expert from Store 1381 in Chicago, is here to explain how.

Turn off the flash. Flash capabilities are meant for objects close up, not for those fireworks in the distance. Your fellow observers will also appreciate the gesture.

Avoid zooming in. Otherwise you’ll have blurry shots that’ll be a quick “delete” after the show. Cropping the photo is a better alternative to eliminating that excess of dark sky.

Slow down the shutter speed. For a camera, lower f-stops to between 1.8 and 2.5. “That will keep your shutter open long enough to get those desired streaks of light,” Rick said. If you’re using your smartphone, there are numerous apps that let you adjust shutter speeds, so take a look before heading to the show.

Choose your location wisely. “Find a place 700 yards to 1,000 yards from the fireworks so you can fit the entire shot in,” Rick said. Avoid areas with obstructed views, and keep an eye out for framing opportunities to enhance the photo, such as centering the fireworks over a lake, or capturing them between two buildings.

Consider your angles, too. Changing the angle of the camera is a simple step, but can alter a shot entirely. Taking photos in portrait mode, or vertical, is best for those single-explosion moments at the beginning of the show. Switching over to landscape mode, or horizontal, during the finale can help capture the multiple bursts without having to cut fireworks out of the frame.

Get the right equipment

Hold steady. Blurry pictures aren’t going to get you the “like” of approval from your followers. Shooting in low light requires a steady camera, which is easier said than done. “A tripod is a great investment for Fourth of July photos,” Rick said. “Tripods give your camera the stabilization that it needs to amplify the photo.” Small phone tripods are easy to transport and can often latch on to a nearby pole or chair.

Go remote. Remote controls reduce the movement from when you press the capture button while snapping photos. The remotes, which connect via Bluetooth, let you take a step back from the camera or phone once it’s set on the tripod.

Burst. It’s a great option for those who just can’t seem to capture a picture at the perfect time. The rapid-fire capability will shoot the colorful explosions from start to finish in a series of photos, just by holding the button down.

Time lapse. It speeds up a video in real time so you can catch capture the entire show in one quick video. Or, if you’re looking to show off just one firework burst, consider using slow-motion.

Panorama. Experimenting with this at the finale will allow you to get a wider shot of the firework show by panning across the night sky.

You can find more photography tips and tricks on BestBuy.com. 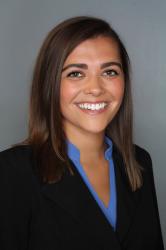