Each day billions of text messages are sent out across the world.

But on Dec. 3, 1992, there was only one. That’s the day the first text message was delivered, setting up a major change in how we communicate. 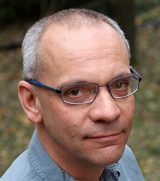 Neil Papworth, then a 22-year-old test engineer working at Sema Group, sent the phrase “Merry Christmas” from a computer to the mobile handset of Richard Jarvis of Vodafone (who, at the time, was at his office Christmas party).

“I was fairly confident it would go through because of the testing that we’d done prior to that moment, but of course you’re always thinking that it might fail!” he said. “Once I had sent the message, some people in the lab with me who were on the phone to people at the party gave me a thumbs-up indicating that it had worked.”

It took a few years for the technology to mature, telecom companies to figure out how to handle it and devices to gain the love of the average consumer.

Flashforward to 2017, and texting is its own universal mode of communication entirely.

Text messaging, then and now

Surprisingly enough, Neil didn’t think texting was going to take off the way it did.

“Throughout the days and months when we were writing the software, I was just focused on getting the job done,” he said. “Even though I was a geeky bulletin-board nerd with modems at home back then, it’s [texting] not something I would have used myself. But as more interfaces were created, you could see that access was being enabled to more and more people, and I guess the mass market started to use it.”

And oh how the mass market has ran, rather sprinted, with this communication phenomenon!

For many people, phones are used for texting more than they are for calls. Maybe it’s the convenience of writing a message, or maybe it’s the speed of sending a request. Either way, texting has completely transformed the way people interact with one another.

Take textspeak, for example, a language born out of the need for brevity. Text messages use Short Messaging Service (SMS) technology, and early on were limited to only 160 characters. That gave rise to emoticons and abbreviated words and phrases — such as LOL, TTYL and countless others. Many of us have adopted these shortened phrases into our traditional conversation.

Beyond language, text messages have become a part of our everyday lives in many other ways.

“From picking up a prescription, to paying a parking meter, to reserving a table at a restaurant, so much can be done via text. SMS technology has completely changed the way we live day to day,” says Agent Andy Bork, manager of Geek Squad cultural systems and operations. “I can only imagine what the next 25 years will bring.”