Olivia Pierce is a student who is using her talents to promote change by encouraging people to vote this election season.

Following recent calls for action regarding racial injustice, Olivia — who goes by the stage name Moyana Olivia — wrote a song and created a music video with the help of her peers at a Best Buy Teen Tech Center in Minneapolis.

“This song was written to raise awareness to racial injustice and encourage people to take tangible action against police brutality by voting in the general election of November 2020,” she wrote on Instagram.

Olivia, 18, is a part of Hope Community, a Minneapolis nonprofit that is focused on creating connections that strengthen the power of community members and communities. The organization hosts a Best Buy Teen Tech Center where teens have state-of-the art equipment and mentorship that allow them to develop new tech skills and discover passions.

The music video prominently features videos and images from the racial justice movements that have occurred in Minneapolis over the course of the summer since the death of George Floyd in the city in late May, including n event held in early June on the steps of the state capital. That protest (one of the largest in the immediate wake of Floyd’s death) was organized by local high school teens — including a number of teens who attend the Teen Tech Center at Hope Community.

The video was directed and filmed by Hope Community Best Buy Teen Tech Center member Tez Smith. It also features the work of Mac Turner, who has served as a mentor to youth at the Teen Tech Center in the areas of music and video production. 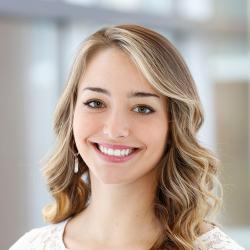