After Abdallah Moukhtar died last September, his family needed to figure out what to do with his collection of Funko Pops! — all 1,100 of them.

So, his mom, Suzy Blakely Duhme, found an organization called Pops for Patients that donates Funko products to children’s hospitals. And when Rob Zeida, who started the local chapter, came to pick up the donation, they realized there was a deeper connection. Rob works at Best Buy — just like Abdallah had.

“If you’re working for Best Buy, you’re the person I was supposed to give these to,” Suzy told Rob.

And for Abdallah, who went by Abe, working as a Microsoft representative at the Best Buy in Framingham, Massachusetts, was about more than collecting a paycheck.

He loved being at work, his supervisor John McCarthy said, and showing customers how the products he specialized in could change their lives.

“If you cut him open, you’d find circuits and wires instead of flesh and blood,” Suzy said.

Ask Suzy what Abe was like, and she’ll tell you that you would have loved him. He was generous, and he loved to give gifts. He was funny and smart.

Abe began collecting Funko figurines just eight months before he died from a rare form of lymphoma at the age of 39.

“Collecting them, even as sick as he was, they were still fun for him,” Suzy said. “And there wasn’t really much of anything that was still fun for him. It gave him a reason to keep going.”

Between the joy the figurines brought her son and how miserable he was in the hospital, Suzy couldn’t help but wonder how a child in Abe’s position would feel.

That’s exactly why Rob got involved in the Pops for Patients project. His daughter had spent a lot of time in the hospital as a baby.

“Every three weeks would be a day of intensely being ill,” he said. “When your child is under 2 years old, it’s a nightmare.”

He remembers those long nights in the hospital with his daughter’s illness, young son in tow.

“The nurse gave them a stuffed animal, and that just turned their whole night around and kept them happy and mentally occupied,” he said.

That simple act stuck with Rob and spurred him to help with the Funko project.

“Anyone can donate these. Anyone can make a difference,” he said. “It’s one little kid you’re making happy, and that’s what’s important.”

“This is what Abe would have wanted,” she said. “To bring whatever joy he could to someone else. If we can keep passing on their good works, we can keep them with us.” 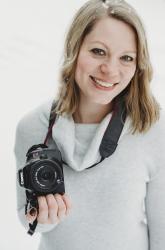