New Hampshire is nowhere near the North Pole, but shoppers at the Best Buy store in Portsmouth might not believe their eyes when buying a triple rack, true convection oven from Randy Richardson.

“This feature can be very helpful when you’re baking lots of cookies. And I’m kind of fond of cookies on Christmas,” Randy might say with a wink and a smile.

Along with his white beard, jolly demeanor and hearty laugh, he often has customers ask if his side gig involves elves, toys and reindeer. But for Randy, Best Buy is the side gig and Santa Claus is his full-time job.

For more than 24 years, he has been suiting up as a professional Santa, complete with all the (sleigh) bells and whistles. And he has been selling appliances even longer, the last several years at Best Buy.

The Best Buy store in Portsmouth hit the holly, jolly jackpot when Randy applied to work there in 2015. He liked appliances and had owned his own business selling them.

Randy knew that applying for a full-time job with Best Buy, whose busiest season coincides with Santa’s, could be tricky to manage.

“The first thing I said in the interview was, ‘You don’t want to hire me. I need a lot of time off during November and December,’” Randy recalled.

Yet, Best Buy did hire him and, four years later, he’s — shall we say — sleighing it as one of the store’s top salespeople.

Despite dressing in a red suit far more than his Best Buy uniform during the holiday season, Randy works two or three shifts per week and is making good on his promise to succeed in both roles and be a leader in the store.

“His positive attitude and willingness to help others not only pulls through in Santa Randy, but with his customers and peers each and every day,” general manager Stephen Gustin said.

Randy first fell into being Santa when he was asked to fill in for a church’s Christmas gathering.

“They stuffed me into this little closet, the kids came up to sit in my throne with me, and about a half hour into it I said to my wife, ‘We’re buying a suit,’” Randy remembers fondly.

He says seeing joy in the children and their love of the spirit of Santa are the reasons why he fell in love with the role.

So, as with wanting to learn any new skill, Randy went to school. He started attending classes and professional retreats to finesse his persona, from perfecting his jolly demeanor to refining his suit selections to grooming his beard. He joined the International Brotherhood of Real Bearded Santas, one of the world’s most prestigious Santa organizations.

“There is way more to it than people can even imagine,” Randy said. “When you are a Santa, you’d better be Santa 24/7.”

It’s why Randy is never without a pocket full of tiny wooden tokens inscribed with, “Santa caught you being good,” which he buys by the thousands and slips to kids who are visiting Best Buy with their parents.

Randy’s co-workers continue to support both his jobs by playing into the magic, often by inviting families to meet Santa at the end of their store visit. Kids leave in awe, and parents have one more reason to return. 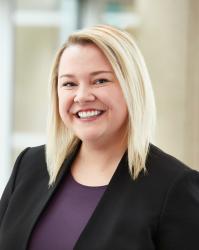 Tips for staying productive while working from home