What started out as a passion by two Best Buy general managers to help people in their communities has turned into a companywide program.

“So many parents would call or stop in, asking if their son or daughter could work at the store because they loved what we sold,” said Roz. “I wanted to find a way to say yes.”

Their work, and that of general managers in other cities doing similar things, prompted Best Buy to approach state agencies and create a nationwide program. It took a few years, but the externship program, called disABILITIES, is now up and running. Organizations that employ people with disabilities are generally eligible and participants can work in a Best Buy store for up to a year.

“It’s just awesome to see how our values are showing up in a big way,” he said. “Parents would call me telling me that the experience paved the way for major breakthroughs and progression in many of their interpersonal skills and behaviors.”

Roz recalled two participants, Steven and Zack, both with high-functioning autism, who had a strong desire to participate at his store. By working through an agency, they were able to make that happen.

“At first, they were both shy, but once they got to know the team, they really came out of their shells,” he said.

For Chuck, it was a stage 4 colon cancer diagnosis, and the support he received as a result, that inspired him to find a way to give back to his community.

Chuck and his team built an onboarding process for the participants and once they “graduated” and earned their Blue Shirt, they got to be on “Chuck’s Team.”

“One participant in particular was so excited when he got his blue shirt, he ran to the bathroom to put it on, and he kept it on for a week straight,” Chuck said. “They radiated happiness while they were here and did such great jobs.”

Like Roz, Chuck is excited to see what the program can do for the company on a larger scale.

“We all know the culture that our company brings, which is why so many of us love working here,” said Chuck. “It’s programs like this that expand our culture to so many more people and allow them to be part of our family.”

Learn more about working at Best Buy by visiting our Careers website. 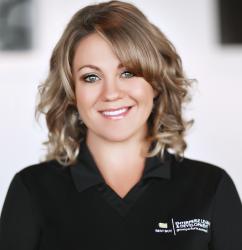