As soon as little Parker Buchholz could toddle around on his own, he’d scope out the back of his parents’ TV or fiddle with their DVDs. Fast-forward a few years and the boy’s fascination with electronics has grown right along with him.

Now Parker is 6 years old and one of his favorite places is, you guessed it, Best Buy. And when he and his family walk into the store in Fort Wayne, Indiana, his inner expert comes out.

“He names every TV and talks about how big they are, along with the USB and auxiliary ports — things a typical 6-year-old wouldn’t know,” said his mom, Erika. “He also likes to go over where the computers are and talk about the iMacs.”

Parker’s expertise is just one of many things that make him special. He is also a busy first-grader who lives with autism.

Erika said one day during quarantine this fall, Parker was getting a little restless. So, she changed the subject and asked what he’d like to be for Halloween.

“He said something about Best Buy and that he wanted to work there,” she said.

So, Erika reached out to Best Buy in the hopes of finding a blue shirt Parker could wear as part of a makeshift costume. The store responded with something much better.

When General Manager Israel Molinar first heard about the request, he was happy to oblige. But he also decided to crank up the volume on the store’s response.

“We were like, ‘Let’s go all out and make it a really cool thing,’” Israel said. “Anytime we have someone at a young age who says they want to work here someday, we like that.”

Israel also said he and his team were excited about the opportunity to do something special for Parker because COVID-19 has limited the ways they can interact with their community. A special day for Parker was something they could safely do.

So, on Halloween, Parker and his parents made the two-hour, round-trip trek to Best Buy to pick up that shirt, only to be surprised by the memories they — and the store’s employees — will never forget.

Employees greeted Parker not only with his own Best Buy blue shirt, but his own name tag, water bottle and tote. Then, they invited him on a shopping spree that started in the candy aisle — it was Halloween, after all!

Employee Jennifer Bau helped Parker pick out anything he wanted. Chocolate. Gummy treats. A stuffed Mario toy. LEGOs. More toys. And even a Peppa Pig for Parker’s little brother, Gavin. All of it for him to take home.

A future at Best Buy

When Parker was done shopping, they offered the tyke the greatest gift he could imagine: the opportunity to ring it all up just like a real Best Buy employee. Item by item, Parker scanned barcodes, checked the register screen in between beeps and expressed sheer delight.

Israel — who years ago hired an employee with autism who still works at Best Buy — said Parker’s got the chops to make him a great addition to Best Buy someday.

“I said, ‘You have to make one promise. You have to promise me you’ll work at Best Buy,’” Israel said. “Maybe even one of our newer employees today will be a manager then and they’ll get to hire him.”

Parker’s parents watched everything in wonder, blown away by the surprise Best Buy had pulled off for all of them — especially for their son, who they know is capable of doing big things despite his “invisible disability.”

“Best Buy went above and beyond for Parker. He said it was the best day ever,” Erika said. “And it was probably one of the best days of my life, too, to see him in his element and so happy. Thank you.” 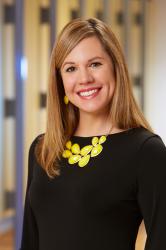