Tech Talk: Innovations That Have Changed How We Bank

Going to the bank used to be as routine as running to the grocery store or stopping for gas, but modern technology has dramatically changed the way we manage our money.

Today, much of our banking is done digitally. Our paychecks are deposited directly into our bank accounts, we withdraw cash from ATMs, and we pay our bills online. We can even deposit checks and transfer funds instantly from an app.

To learn more about how tech is changing the banking industry, the Best Buy Blog chatted with Dominic Venturo. He’s the chief innovation officer at Minneapolis-based U.S. Bancorp, the nation’s fifth-largest commercial bank with 3,106 offices in 25 states.

Where does U.S. Bancorp focus its innovation efforts?

We scan the globe for emerging trends in technology and the dynamics of how individuals’ behaviors, preferences and interactions are changing. We look at where those trends are going and how that applies to the business of banking. How does it affect the way we think about how our products and services work? What new products or business opportunities might come out of those changes? And, what are the implications for our existing businesses?

What’s an example of innovation you’ve brought to life in recent years?

One of the biggest and most prevalent examples right now is mobile payments. We began that journey almost 10 years ago when our innovation team was formed. We were one of the first banks in the country to enable the use of a credit card for contactless payments via a mobile phone. It took longer than expected for that trend to develop, but today we support all three of the major mobile payments platforms [Apple Pay, Android Pay and Samsung Pay]. 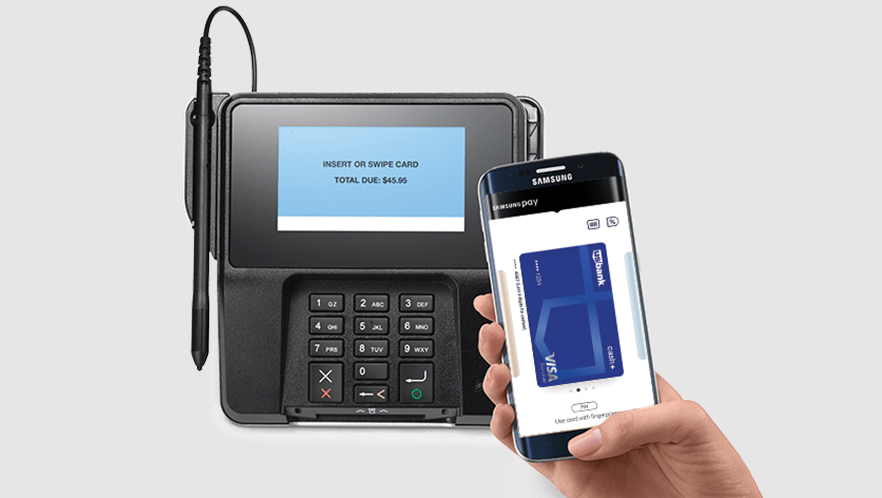 About 60 percent of banking at U.S. Bancorp now happens digitally. Do you always approach innovation from a digital-first perspective?

Absolutely. As a consumer or small business owner, you’re doing things on a mobile device that you might have done very differently just a couple of years ago. We already talked about mobile payments. You can also take a picture of a check and deposit it remotely, which seemed like magic when it first came about. And we added a version where you can take a picture of a bill to add it to bill pay.

Banks are, by nature, risk-averse. Innovation, on the other hand, is more high risk. How do you balance that?

Thinking about innovation as risky might be an overstatement. It’s only risky if you’re making really large bets with a lot of uncertainty. We build out prototypes and concepts, then get customer feedback and iterate through those learnings to get a better idea of what to test more completely. It’s similar to how automakers develop new cars. They start with a clay carving, and then move to a prototype, a concept car and, finally, a production-ready vehicle. At any point, they can scrap the clay model and throw it away. That approach is low-cost and effective. It enables us to fail fast, manage the risk and move quickly through the iterative process.

How big of a concern is security and customer privacy for banking innovation?

Depending on what we’re working on, the level of security could and should be appropriately different. At an early stage, we don’t need to worry too much about that. When we get to test systems, then we start to treat those more like the real deal. And then, if we’re going to put it into production, we go to the next level of testing to make sure we don’t break anything else in an unintended way.

How far out are you looking for innovation?

Generally, we look three to five years into the future as we’re identifying trends. But we’ve been wrong. When we started working in mobile payments we had that same time horizon, but it turned out to be more like 10 years. It’s an art, not a science. One of the things we wrestle with most is answering this question: “Is it taking longer to play out or were we incorrect altogether about whether or not it will?”

How do you answer that question?

We explore why we thought it would move at that speed and whether those dynamics took place. If you look back at mobile payments, you’d say three to five years was reasonable at the time. But you had to have phones that could do it and places where you could use it. In both cases, the adoption of the underlying technology took longer than expected. Now, most mobile phones support mobile payments and we’ve seen significant growth in retail acceptance. It’s still not ubiquitous, but the adoption has become much more mainstream.

Where do you see the future of banking going? What will it look like five years from now?

I think we’ll see a massive reduction in the amount of paper, including the paper we request from our customers. Digital signatures on a contract will become very normal. I also think we’ll see a more seamless transition across channels to create a better customer experience. Many people do their research online but want to talk to a person when they’re ready to go to the next step. In the future, there won’t be a chasm between the information you assembled online and the handoff to a person.

Finally, I think we’ll see payments continue to become more invisible and frictionless. It’s not hard to imagine a scenario where check in becomes the new check out. I could walk into a store and authenticate myself, and then I could literally pay for my purchase by just walking out the door. That has some pretty profound implications, but it’s not that different than ridesharing where you just get out of the car at the end of your ride and your credit card is magically charged.

Tech Talk is an occasional series that explores the intersection of tech and life.