As the U.S. officially re-enters the Paris Climate Agreement, Best Buy is reaffirming our support for the agreement and our commitment to fighting climate change.

The agreement, adopted by 196 parties at COP21 in 2015, is an international climate treaty to limit global warming to below 2 degrees Celsius. That’s a threshold that scientists warn we need to meet to avoid irreversible damage to the planet.

Last year, we joined more than 1,700 other organizations in support of the Paris Climate Agreement. And we continue to stand with America Is All In, pledging to support an invigorated approach to climate action.

America Is All In is a national mobilization of more than 1,700 U.S. institutions working to reduce national greenhouse gas emissions. The effort will focus on all levels of society and government to champion and accelerate climate progress.

Best Buy set our first carbon reduction goal in 2010, and we have worked hard to reduce emissions nearly 60% as compared to a 2009 baseline.

“We have set meaningful carbon goals and recently moved up our timeline to carbon neutrality by 10 years, because the time to act is now,” Tim Dunn, Best Buy’s head of environmental sustainability. “We are thrilled to have so many allies in the fight against climate change, because this is not something that can be solved alone.”

While we have made significant progress in our operations and in helping customers reduce their emissions, we have committed to doing more and accelerating our progress. In October, we signed The Climate Pledge, a commitment to be carbon neutral across our operations by 2040 — a decade faster than our previous goal of 2050.

Additionally, we recently announced an investment in the Little Bear Solar Project in Fresno, California. It will produce 480,000 megawatt hours of electricity annually, or enough to power 715 Best Buy stores annually with clean energy.

We are also committed to helping our customers reduce their carbon footprint. We set a goal to reduce carbon emissions from ENERGY STAR® products sold to our customers 20% by 2030 (over 2017 baseline), saving our customers $5 billion in energy costs.

Our work to address climate change has contributed to earning us the top spot on Barron’s list of the 100 Most Sustainable Companies in America in 2021. We’ve also been recognized on the CDP Climate A List, where we ranked in the top tier of companies fighting climate change for each of the last four years.

By expanding clean energy and addressing the climate crisis, our country will be better equipped to deliver a strong, equitable and sustainable recovery from the COVID-19 pandemic. 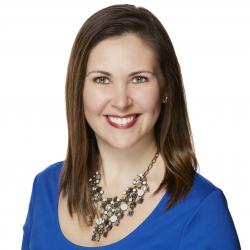 Best Buy appoints Steven E. Rendle to board of directors