Three Best Buy stores that had been closed because of hurricane damage reopened Friday, just in time for the busiest shopping week of the year.

Two of the stores are in North Carolina and sustained heavy damage from Hurricane Florence in September. The third store is in Puerto Rico and had been closed for more than a year since Hurricane Maria battered the island, causing widespread flooding, infrastructure damage and loss of lives.

When disasters shutter stores, we look to find employees shifts at nearby locations, if possible. In cities where we don’t have another store nearby, Best Buy also pays employees who volunteer in the community, and employees are eligible for other financial assistance.

Both North Carolina stores were closed since September because the combination of water damage and heat led to mold. The entire interiors of the two stores were gutted down to the studs and essentially rebuilt. The Puerto Rico store also had similar interior problems and exterior damage. 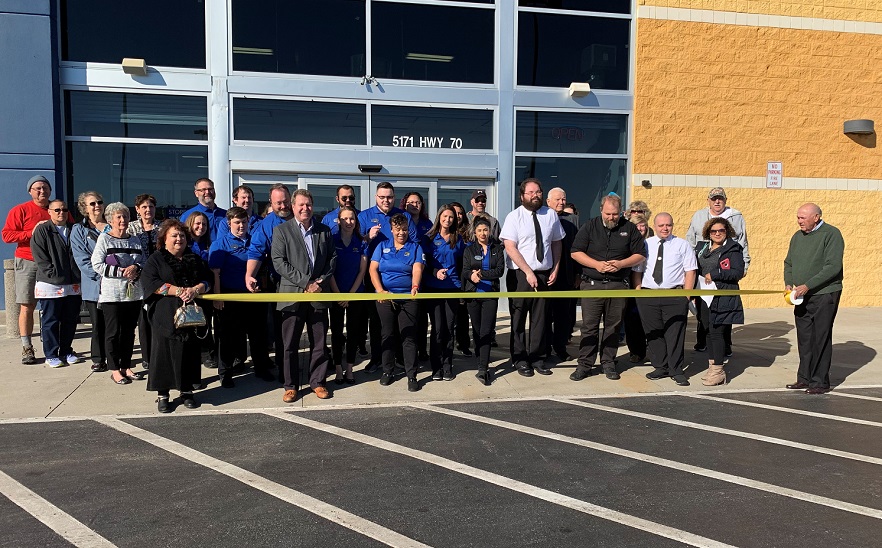 On Thursday, before the reopening, employees were walking around and giving high-fives to Dale Marshall, general manager of the store in Wilmington, located on the state’s southern coast. He has worked at the store for 14 years and said it’s like home.

“The excitement is as high as it can be around the store, and we’re happy to get back to doing what we know. Employees have worked really, really hard,” Dale said. “It’s been harder than we ever imagined it could be, but we’re ready.”

The community is ready, too. Dale said he has received several emails daily asking when the store would be open again. If he went anywhere in his uniform, he’d get the same question.

We’ve seen similar customer anticipation in Morehead City, about 100 miles up the coast from Wilmington.

“We’re really a part of our community, especially being in a smaller community, and being closed created a disconnect between us and our customers,” said Sophy Stewart, the store’s general manager. “So, for us, being able to interact with our customers again is really exciting.”

Reopening also provides a sense of normalcy for employees, who are looking forward to having the team back together. “It’s a family environment. So if you haven’t been with your whole family for two months, it’s really nerve-wracking,” she said.

Between Wilmington and Morehead City, Best Buy employs about 200 people in full- and part-time roles. 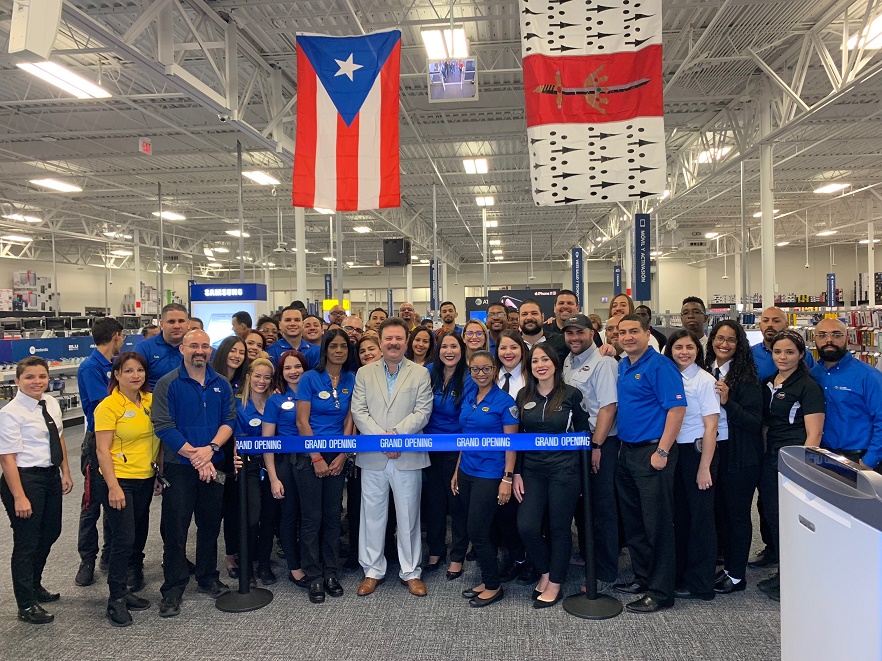 More than one year after Hurricane Maria slammed Puerto Rico, all three of our stores on the island are back in business. Our store in Carolina, which was closed the longest, opened on Friday. Our San Juan store reopened in December 2018 and our Bayamon location opened this past September.

“I’m so grateful to everyone who has supported us getting the store open, because it was the one that had the most damage. There have been so many man hours to get it done,” said Davian Altamiranda, district manager for Puerto Rico and south Florida. “To see the smiling faces and excitement today, it’s just amazing.”

It has been a long road to recovery for the stores, our employees and customers in Puerto Rico. In the early days and weeks after Maria, Best Buy provided the employees with money, food and supplies needed to get by. The company helped evacuate dozens of employees from the island and paid those who stayed for volunteering in the community.

“You look at the pictures before and after, and it’s hard to comprehend. It was humbling,” Davian said. “Everything the store has gone through, the employees, the people on the island — it feels good to do something like this, because I think it creates closure and allows them to move on.”